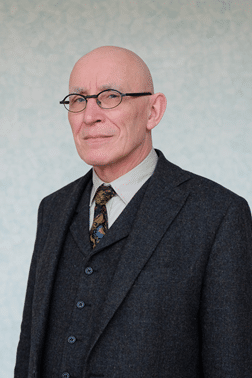 Open access research can be read by anyone, anywhere, immediately on publication. This allows articles published OA to work up quite a storm, being shared via social media, blogged about, and picked up by news outlets.

We spoke to Thomas Rose, co-author of ‘How safe is nuclear power? A statistical study suggests less than expected’ in the Bulletin of the Atomic Scientists which gained an impressive 5,929* downloads and an Altmetric score of 60.

“I was always interested in the pros and cons of nuclear energy, and could not find a final point of view.”

As an experimental nuclear physicist by training, not a reactor specialist, I was always interested in the pros and cons of nuclear energy, and could not find a final point of view.

“In January 2011 I started my work on science and society at UCL and in March, Fukushima happened.”

According to all the known risk assessments such an accident should be very rare, but in contrast they had happened several times. So I compared the real number of these severe accidents with the predictions, which is not so difficult, and saw they are much higher. But a perennial argument is “we learn from our experiences”. To check this argument, I cooperated with Trevor Sweeting, UCL professor of statistics, and we tried to analyze the development of minor and major nuclear accidents in time. We got two results. From the known accidents we see a rather small learning effect, but it is impossible to get comprehensive worldwide data because of confidentiality restrictions of the International Atomic Energy Agency. And these results we wanted to publish: severe accidents are more frequent than expected, there seems to be a learning effect, and international confidentiality prevents a more reliable analysis.

“Reliability is one of the most important aspects of nuclear energy in the public discussion. Therefore the public should have easy access to it.”

Our work covers scientific and statistical aspects, and those of the relation of science and technology to society, so it addresses different target readerships. We were very happy that the Bulletin of the Atomic Scientists accepted our paper and helped us to edit it in such a way that it contained all the different aspects but could be enjoyed by its readers.

“The topic is of general public importance.”

“I wrote a short press release with a link to the article and emailed it to several newspapers and media outlets in the UK and Germany.”

Based on what I had learned during an EU Science Communication Summer School I informed several key scientists. I wrote a short press release with a link to the article and emailed it to several newspapers and media outlets in the UK and in Germany, e.g. (London) Times, Guardian, Independent, BBC, Frankfurter Allgemeine Zeitung, Sueddeutsche Zeitung. I tried to find names and email addresses of the respective science editors and sent the emails directly to them.

“I received a response from the Times…[they] gave me the opportunity to mention it in a ‘letter to the editor’ on the Hinkley Point C reactor project.”

Thomas Rose is professor of sensor technology at the University of Applied Sciences in Muenster, Germany, and Honorary Senior Research Associate of the Science and Technology Studies department, University College London. Thomas is married to Annegret, and they have a daughter Mirjam.

« Why did you choose to become a gender studies researcher?
3 reasons you should go on a placement during your PhD »